Posted at 12:31h in Articles 知識文章, Featured news(English) by hsuan 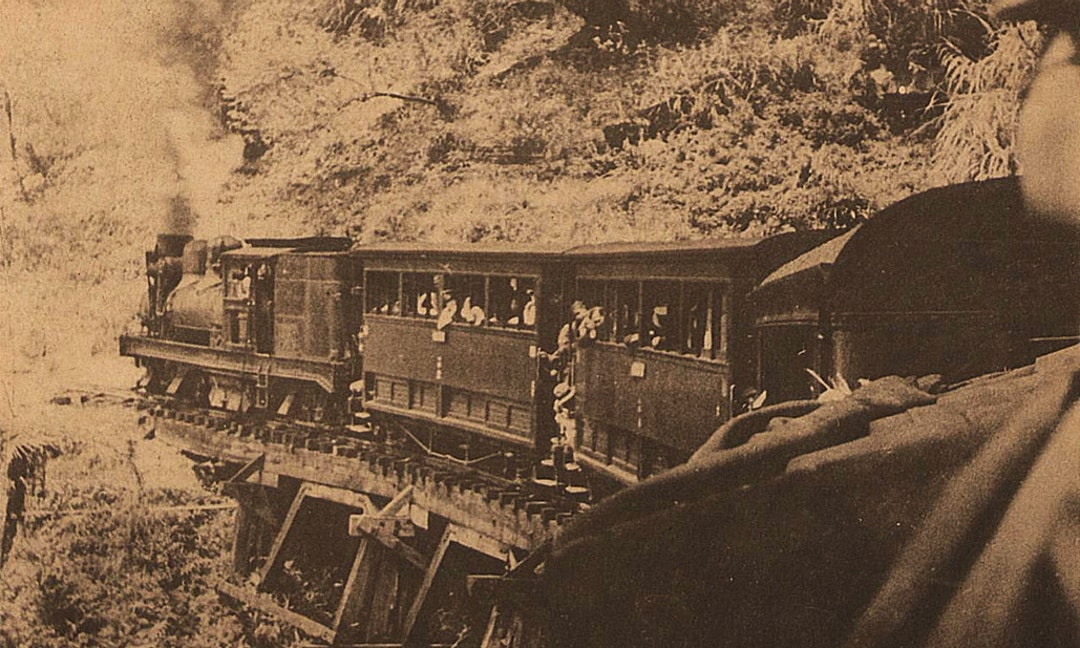 A photo of the Railway back in Japanese colonial period. (Source: The News Lens 關鍵評論網)

The Geography of Alishan

The term “Alishan” itself is a general name for the mountainous region in the Midsouth of Taiwan, composed of 18 different peaks. With an area of 1397.83 hectares in total, the area is now governed by Chiayi County. The railway runs from Chiayi train station (elevation 30 m) to Alishan Station (elevation 2,216 m). Along the way up the mountain are numerous switchbacks and outstanding scenic beauty. The vegetation also changes from tropical to temperate and finally alpine.

Originally constructed by the Japanese Colonial Government in 1912, the narrow gauge lines were designed to facilitate the logging of cypress and Taiwania wood. Because of its rich resources Alishan used to be one of three major official logging centers (the other two are Taipingshan and Basianshan) during the colonial period. Later, logging resources had been depleted and the area began to rely on tourism as the major economic driver in the area. How did they, however, managed to overcome all the challenges in those lofty mountains and build the railway?

The Construction of Forest Railway

In 1895, after the signing of Treaty of Shimonoseki, the Japanese government took over Taiwan and started the land-use and forest resources survey. They found that Alishan was rich in cypress and Taiwania wood. In order to take advantages of the resources, Nogi Maresuke (乃木希典), the governor-general of Taiwan, drafted a development plan. Forest experts were thus invited to investigate the solution, to figure out how to overcome the geographical constraints to transport the logs.

The construction was postponed to 1906 because the government was focusing on building the West Coast railway line and also due to the outbreak of the Russo-Japanese War. Alishan Railway began its operation in 1912 and kept expanding its coverage to facilitate the logging industry. The length of the mainline were 71.9 km in total, its branch lines 45.377 km, making it longest railway line in Taiwan with most dramatic topography changes, covering 310 bridges and 73 caves. The construction is among the most difficult ones back in the time.

Features of the Alishan Forest Railway

It’s worth mentioning that the Z-shaped switchbacks were designed to accommodate the rises and falls in topography. The train would move forward but at times move backward, as if it had run into the mountainside, which has become part of the the railway’s uniqueness.

Alishan Forest Railway has been operating for more than 100 years. With the development of the economy, the once timber carrier now has become a tourist attraction. So, why not take a ride and enjoy the scenic train ride? The train will take us back in time. While we’re traveling surrounded by the forest, we’ll witness an intriguing part of the Railway development history in Taiwan.